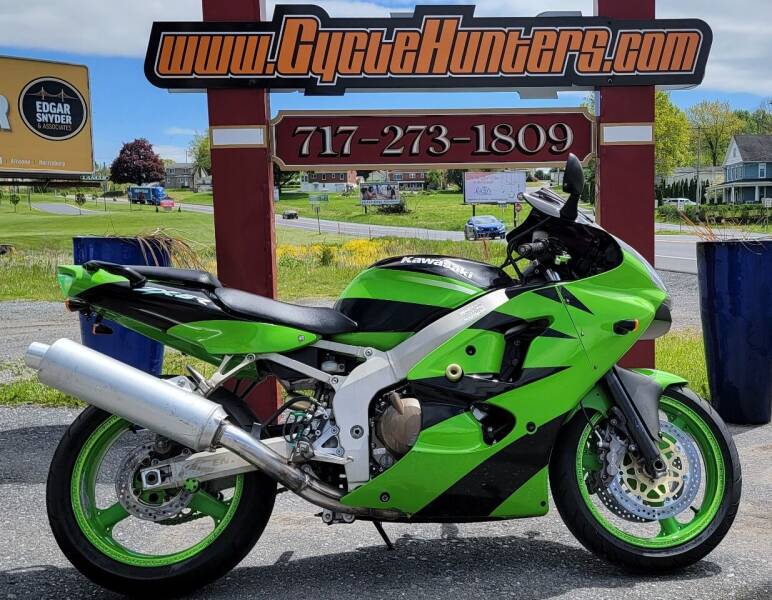 The 2000 Kawasaki Ninja 600r is well known where ever it goes. The look, the sound the full on greeness of the bike is a standout among its peers. this is a bike that was in the realm of the race bikes you could buy for the street 22 years ago when those bikes just started really being the norm. So say it's the grand daddy or however you like, the zx6r was and still is a formidable street bike how ever you slice it. This bike went through all it's paces for us to make sure it's a nice as we could get it. Sure it's a bit more rough than most, but for a 22 year old survior it's runs great. We had performed our 48 point checklist on the bike and made sure when you get it, you're just thumbing the starter and going for that much needed wind therapy. Now if you're a beginner who wants a sport bike and one that isn't going to need to be babied like a brand new bike, this bike will be your next bike. So come check it out!!!! Like all our bikes this is fully serviced, inspected and detailed at the time you take delivery. See this and other great deals at www.cyclehunters.com HaldemanAuto/cyclehunters.com 102 Old Ebenezer Rd Lebanon Pa, 17046 717-273-1809