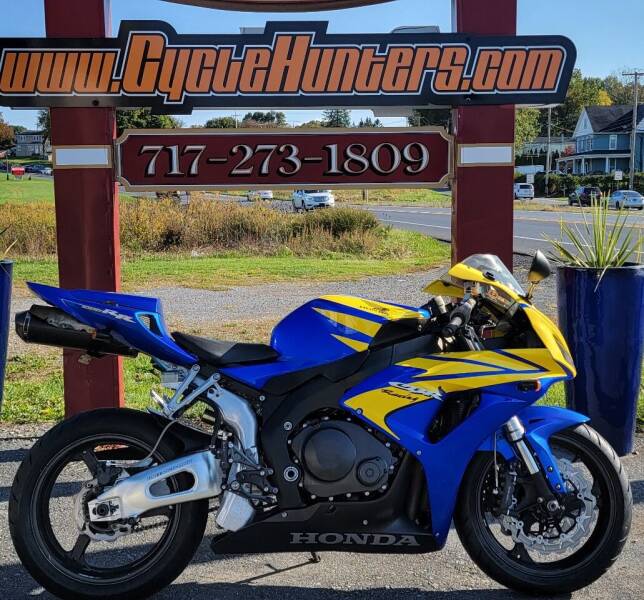 From its introduction in 2004, the Honda CBR1000RR (Fireblade, in other countries) has always been a light, agile machine with astounding acceleration. In normal street riding and occasional track excursions, the CBR1000RR produced far more performance than most of us could fully tap, but somehow it was tamed into a real-world package. Make no mistake, this weapon astonished and delighted all but the most battle-hardened veteran of the superbike wars. One would think that having produced such a beautifully balanced, incredibly fast machine, Honda would have been happy to sit on its laurels and merely tweak the CBR1000RR for 2006. But, no, that would have been too easy for a company that’s so committed to racing and technical innovation. Derived from the MotoGP RC211v that took the inaugural 4 stroke era title with Valentino Rossi atop, this bike has turned heads since its introduction in the bike marketplace. Once upon this focused Honda you will be inspired to take those turns a bit more seriously. So don't hesitate on owning a revered classic. This bike like all our bikes will be fully serviced, inspected and detailed at the time you take delivery. See this and other great deals at www.cyclehunters.com HaldemanAuto/cyclehunters.com 102 Old Ebenezer Rd Lebanon Pa, 17046 717-273-1809