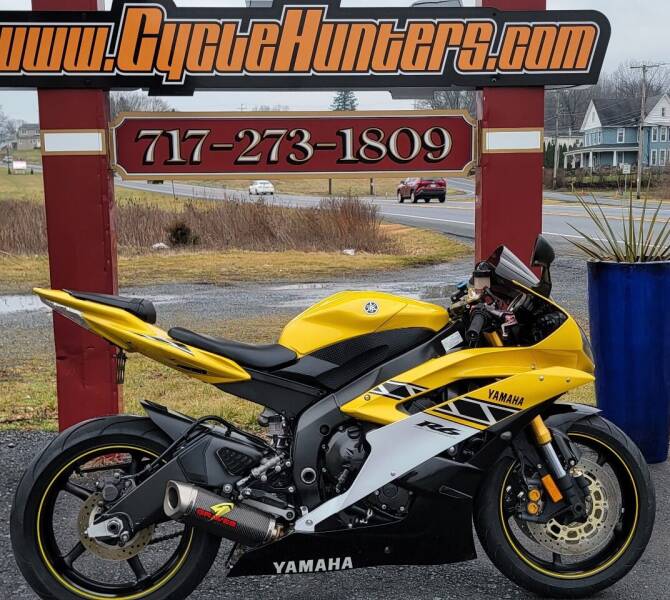 In 2006, The Japanese motorcycle manufacturer released the Yamaha YZF-R6 50th Anniversary, a middleweight motorcycle that celebrated its 50th anniversary in the motorsports business, loaded with Yamaha-exclusive innovations and new technologies that made it the most advanced production motorcycle ever built at the time. The engine featured new titanium valves and a red line at 17,500 rpm and was controlled by the first fly-by-wire system on a production motorcycle, all fitted in a MotoGP-derived chassis with Formula 1-styled aerodynamics complemented by a titanium exhaust system. For suspension, the bike packed a 41 mm adjustable inverted telescopic fork on the front and a fully adjustable shock absorber on the rear, while the braking performance was handled by two 310 mm floating discs with four-piston calipers on the front wheel and 220 mm disc with a hydraulic caliper on the rear. As for power, the 2006 Yamaha YZF-R6 50Th Anniversary model took its muscles from a 599cc four-stroke four-cylinder liquid-cooled engine that delivered an output power of 125 hp at 14,500 rpm and 59 Nm (44 lb-ft) of torque with a peak at 11,500 rpm. Bolted to the engine, a six-speed manual transmission with a back-torque-limiting clutch converted the power produced by the engine into speed and pushed the bike to a top speed of 255 kph (158 mph). This bike has an aftermarket Graves Exhaust for that added boost and sound. Like all our bikes this will be fully serviced, inspected and detailed at the time you take delivery. See this and other great deals at www.cyclehunters.com HaldemanAuto/cyclehunters.com 102 Old Ebenezer Rd Lebanon Pa, 17046 717-273-1809