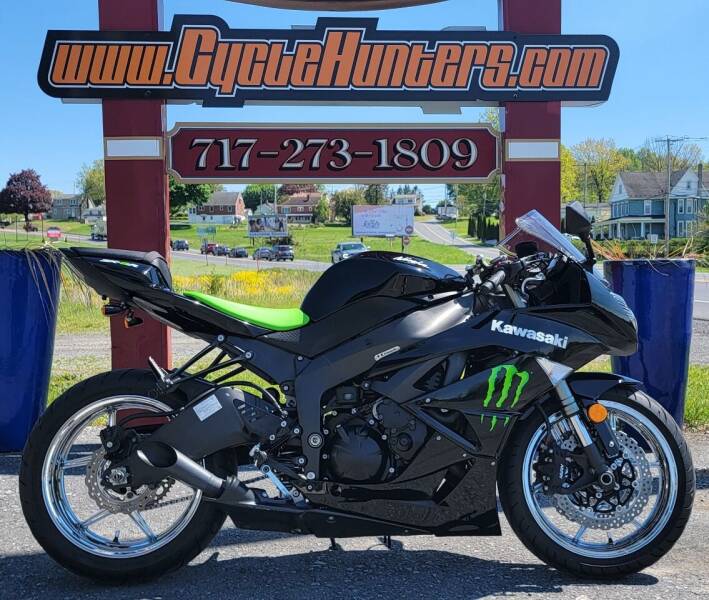 Design mantra for the 2009 ZX-6R was “precise control for maximum excitement.” That meant, in addition to shedding and centralizing mass, dialing in the engine and chassis for just-right responsiveness at hair-on-fire speeds. Kawasaki massaged more sake into the ZX-6R’s Kobe beef motor. Its goals were more precise throttle control to better connect the rider to the rear wheel, and more midrange torque for stronger drive out of corners. Like well-marbled steak that melts in your mouth, Kawasaki sought to deliver a rich, satisfying experience. The ZX-6R’s twist grip now more directly translates what you want into what you get. Combustion efficiency has been improved by higher-current ignition stick coils and cylindrical guides in the airbox for more precise fuel delivery. Longer throttle bodies provide a smoother transition between the main and sub-throttles for better airflow. And cylinder porting has been revised for more efficient filling. Centralizing mass and reducing weight are subtle processes, often invisible to the naked eye. Just as many hands make light work, myriad small changes can result in a significantly tighter, more flickable package. To pull mass inward, the ZX-6R’s engine was rotated forward around the output shaft and the head pipe was raised. New exhaust with a pre-chamber and short muffler has been moved from under the seat to the right side to further centralize mass. Big news on the suspension front, literally, is the use of a Showa Big Piston Fork. Compared to the fork on last year’s ZX-6R, main piston size has been nearly doubled (from 20mm to 37mm), quadrupling surface area. Damping pressure was significantly reduced while overall damping force remains the same. The slide pipe thus moves more smoothly, particularly during the initial part of the stroke, for less fork dive under braking and more stability on corner entry. The 41mm, fully adjustable male-slider fork has fewer internal components than a conventional cartridge-style fork, which saves weight. Win-win. Now as you see this bike has a beautiful set of Chrome wheels. It also has an aftermarket shorty exhaust for that added growl. Other than the rear tail section that is nice and tidy, this bike is stock. Like all our bikes this will be fully serviced, inspected and detailed at the time you take delivery. See this and other great deals at www.cyclehunters.com HaldemanAuto/cyclehunters.com 102 Old Ebenezer Rd Lebanon Pa, 17046 717-273-1809